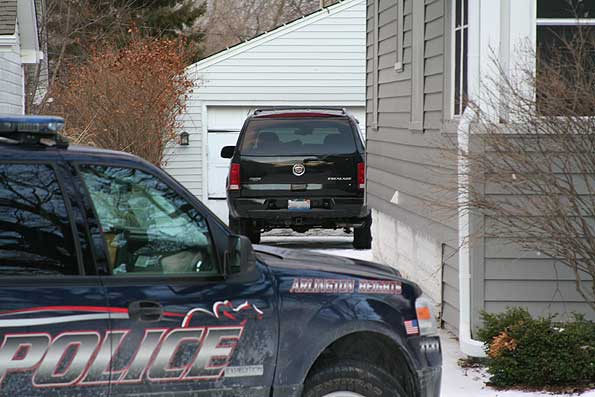 Arlington Heights Police used their SUV to block the driveway to prevent the escape of a black Cadillac Escalade in the 500 block of North Belmont Avenue Monday afternoon.

Several police squads and officers armed with rifles and body shields surrounded the house on Belmont Avenue and nearby streets to cover a perimeter while they assessed the situation and attempted to communicate with the man in the Escalade by public address speaker and by telephone. 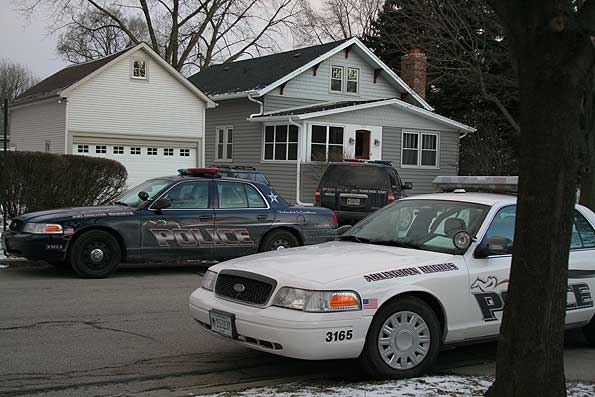 Arlington Heights Police surrounded a male who was an apparent threat in a domestic dispute and successfully placed him in custody Monday about 5:00 p.m.