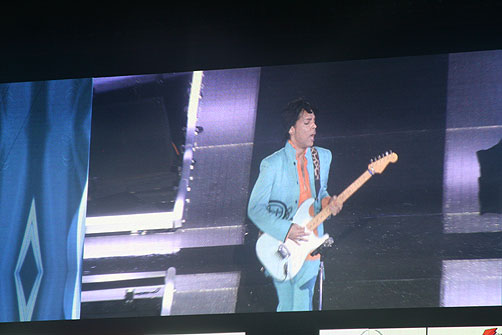 Prince wails on that guitar at Super Bowl XLI.

Baby, I’m a Star
(Mixed in with Proud Mary. Also part of the medley was Jimi Hendrix’s All Along the Watchtower* and Foo Fighter’s The Best of You)

FLASHBACK: All Along the Watchtower was also performed by Bob Dylan in the days back when …