The Thin Blue Line is a phrase used by law enforcement and people or organizations that support law enforcement. The phrase refers figuratively to the position of law enforcement in society as the front line force between order and anarchy.

The application of the THIN BLUE LINE has been controversial in both the US and the UK.

In 2015, police supervisors in Sussex, England told police officers to remove a badge from their uniforms that included a blue line across a union jack since it was not part of their official uniform. There was a concern by administrators that it could be seen as a political statement related to cutbacks in police forces.

The black and white (colorless) version of the US flag with the Thin Blue Line is seen by some as a desecration of the official red, white, and blue US flag.

In Warwick, New York, the painting of a blue line down a roadway was protested by some citizens as being in opposition to the Black Lives Matter movement. Warwick has since painted the line red white and blue, the colors of the US flag.

In Riviera Beach, Florida, a group of police officers flew the thin blue line flags on their personal vehicles. Their police captain ordered the police officers to remove the flags. 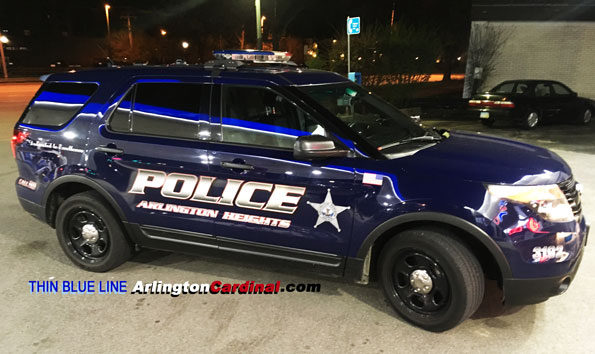