Palatine police and firefighter/paramedics responded about 11:36 p.m. Friday September 21, 2018 to a report of an intoxicated man that kept falling down and was bleeding in the back parking lot at the Motel 6, 1450 East Dundee Road just west of the Route 53 and Dundee Road interchange.

Police and firefighter/paramedics discovered a man shot in the chest and elbow. The man was transported to Level I Trauma Center Advocate Lutheran General Hospital, where he was listed in stable condition with a gunshot wound to the elbow and a gunshot wound in the left side of his chest, which caused a punctured lung.

Prosecutors reported in Cook County Circuit Court that the male shooting victim and his friend were outside the Motel 6 when a black Acura with dark tinted windows was driven through the parking lot. The shooting victim and his friend believed the occupants were gang members who intended to smash the windows of his car, according to Cook County Assistant State’s Attorney Jennifer Gates.

The two men went upstairs in the Motel 6 and watched the subjects associated with the black Acura from a window. A person near the car flashed a gang sign to the men, and the men flashed a gang sign in return. The men went back downstairs and outside into the parking lot, where they encountered Amanda Lonsfoote and two other people. There was a dispute among the subjects, and Lonsfoote retrieved a semi-automatic weapon from the black Acura and began shooting, according to Cook County Assistant State’s Attorney Jennifer Gates.

The shooting victim, didn’t initially realize he was shot in the chest, but went back into the Motel 6 when he realized he was shot in the elbow. Surveillance video showed the standoff but the actual shooting and gunshots were not visible, according to Cook County Assistant State’s Attorney Jennifer Gates.

Lonsfoote and the others drove off in the black Acura. Initially, information was not available regarding how Lonsfoote was apprehended by Palatine police. However, Lonsfoote has an extensive criminal history going back at least until 2011 for communicating with or detaining a witness. Lonsfoote had also been on parole recently. The suspect’s physical description was described as a female/white 5’5″ 251 LBS with numerous tattoos (neck, face, left arm) and piercings (tongue, lips, ears). One tattoo on the suspect’s arm displays “Death onto Our Enemies.”

FACEBOOK PERSONAL PAGE
A Facebook personal page for Amanda Lonsfoote contains multiple pictures of the suspect posing with hand gang signs, an uncaptioned photo with white powder on a $100 bill, and a description stating she worked as a cashier at Grand Victoria Casino in Elgin.

Lonsfoote, formerly of Elgin, told police she and the male shooting victim had been members of the same gang, and that he had left the gang, according to prosecutors.

Amanda Lonsfoote was initially ordered held on $1 million bail Monday, but outbursts from Lonsfoote and several spectators in the courtroom resulted in a Judge Marc Martin increasing her bail by $250,000 to $1.25 million.

Cook County Judge Marc Martin then ordered Lonsfoote back into to the courtroom, and informed her that he was not going to hold her in contempt for her outburst, but that he was increasing her bail.

Lonsfoote was scheduled to appear in Cook County Circuit Court on Thursday October 18, 2018.

Lonsfoote also has felony convictions going back to August 2012 for retail theft greater than $300 and aggravated stalking. Lonsfoote also has misdemeanor convictions for theft and mob action. The mob action charge was connected to a gang fight in the block of 1100 East Dundee Road in Palatine on a Saturday night in April 2016. Lonsfoote was arrested with two other male suspects. One of the male suspects tossed away a gun as he was fleeing Palatine police. 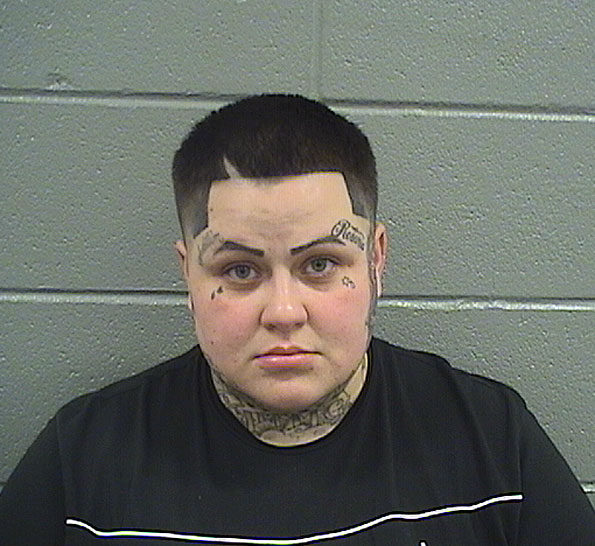