While KNBC-TV Channel 4 covered a police chase through Los Angeles southwestern suburban Inglewood late Sunday, January 12, 2013, YouTube user Jason Lee had his video camera aimed at his television, which was tuned to KNBC-TV with an aerial view of the chase. As the KNBC-TV’s helicopter showed LAPD and Inglewood police pursuing a stolen vehicle, Lee’s video pans right out his living room window to show the chase taking a right turn from westbound Century Boulevard to Southbound Rosewood Avenue.

“I thought he was going to crash through the window … real life Grand Theft Auto” at the “Inglewood Raceway.”

Jason Lee went outside and got more views of the chase

The pursuit began about 11 p.m., and the driver displayed gang signs and weaved in and out of oncoming lanes of traffic. The male offender, whose name has not been released, was arrested after police deployed spike strips, blowing out a tire on the car. Los Angeles Police stopped the offender with the spike strip at Arbor Vitae and Oak Streets.

Police reported the man had several weapons in the car. 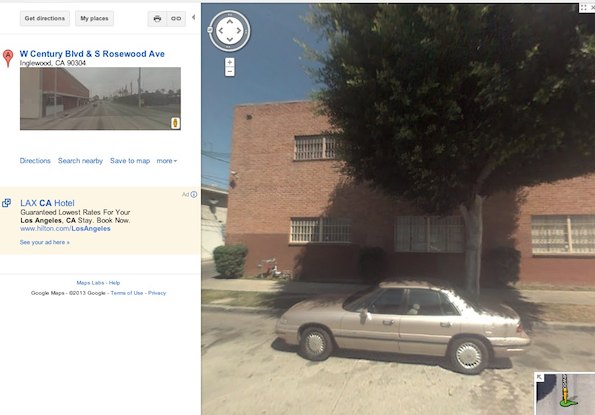 The Google Street View that matches the street view of the police chase (on video) … after a turn from westbound Century Boulevard to southbound Rosewood Avenue (at about 0:36 seconds elapsed time in video). 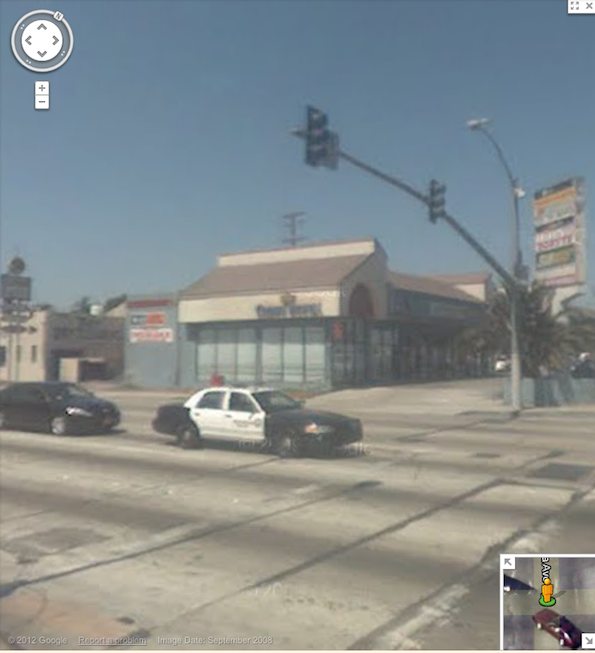 The Google Street View that matches the street view of the police chase (on video) … westbound Century Boulevard at Hawthorne (at about 0:07 seconds elapsed time in video).