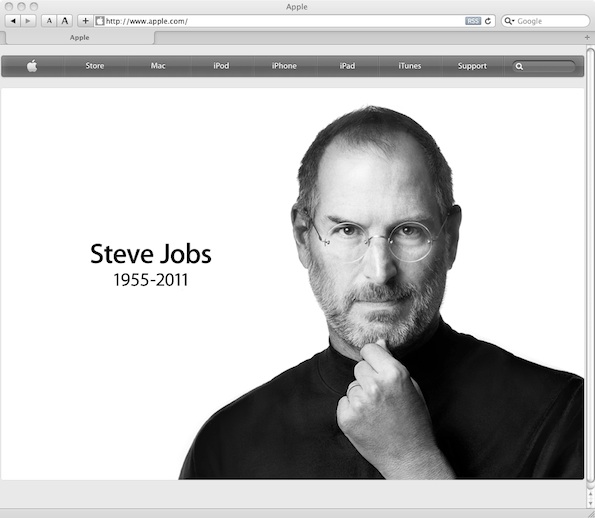 Steve Jobs has died after failing health following a battle with an unusual form of pancreatic cancer and related health problems that included treatment with a liver transplant. He died peacefully with his family at his side.

Steve Jobs changed the world of computing with Mac computers, changed recorded music with iTunes and iPods, and changed communications with the Apple iPhone.

Steve Jobs 1955-2011
Apple has lost a visionary and creative geunius, and the world has lost an amazing human being. Those of us who have been fortunate enough to know and work with Steve have lost a dear friend and an inspiring mentor. Steve leaves behind a company that only he could have built, and his spirit will forever be the foundation of Apple.

“We are deeply saddened to announce that Steve Jobs passed away today,” read a statement by Apple’s board of directors. “Steve’s brilliance, passion and energy were the source of countless innovations that enrich and improve all of our lives. The world is immeasurably better because of Steve. His greatest love was for his wife, Laurene, and his family. Our hearts go out to them and to all who were touched by his extraordinary gifts.”

Steve Jobs prepping for his first TV appearance in 1984. He’s amazed when he sees himself on a nearby monitor and that people in New York will see the telecast.